Written by Lydia Chong, Assistant at Women in Data UK. 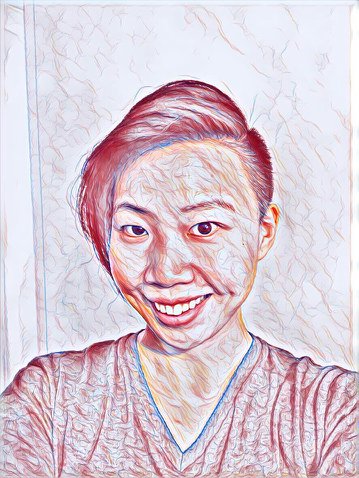 I am not one to shill for major corporations. So it came as a surprise to me, when at the last Women in Data UK Meet-up, I was on the verge of tears watching a short video, produced by Sainsbury’s, about the importance of acceptance and diversity. I fully went in with the countenance of a jaded proletariat and my sceptical ears were on alert for insidious propaganda. Despite that, I found myself utterly moved, maybe a little confused. Not just by the amazing line up of speakers and panellists but by the topics and issues, and the sincerity of their messages. Oh yes, did I mention they were all high calibre women?

So…dissonance aside, I learnt a lot that evening and I decided to condense them into a click-baity listicle that hopefully you will read because 1. You are not immune to the inherent appeal of lists and irony, and 2. I had to squeeze a meta joke in there somewhere.

So without further ado, 3 lessons to take away from that Meet-up that will change your life.

1. Silos are for grain, not people

Ok, confession time. I’m a terrible blogger. I say this because I was trained as an engineer and when I was a sweet summer child embarking on my engineering degree, I couldn’t understand why people used sentences instead of dot points and paragraphs instead of…well… graphs. So when I was told that my job at WiD UK was to blog, I struggled. Luckily Vily Rapti from Sainsbury’s was the first to present after Helen Hunter’s riveting introduction and she prompted me to think about how we could all do with breaking out of our silos once in a while.

What is a silo? It is a massive cylinder used to store grain. As a verb, we ‘silo’ people with similar responsibilities and expertise into their own little cohort for very good reasons I’m sure, but in massive companies it has the effect of isolating them from their context within the organisation. Sometimes, competition is even encouraged between the silos: e.g. which department can out-do the other in finishing more projects or kicking more goals. While this can improve outcomes, it can also result in inefficiencies and sub-optimal solutions when teams end up duplicating work, or worse, producing sub-optimal outcomes for the rest of the organisation.

This makes me think about how we create our own silos. For instance, if we have been taught to do one thing for close to a decade, we tend to approach all problems through that mindset. I feel very uncomfortable when asked to resolve issues without using the laws of physics or a prescriptive standard. A problem such as, how do I write a blog?

You’re probably thinking that I’m doing alright, but trust me, I couldn’t possibly do this without breaking out of my silo and consulting the works of Herman Melville, Roxane Gay and George Monbiot, to name a few. I now perceive problems very differently since stepping outside of that self-imposed metaphorical mental cylinder.

So the takeaway from this is, if you have a problem that you can’t find a satisfactory solution to, it’s probably worth seeking insights from those with different perspectives and re-framing those problems.

2. Your weakness is a strength in disguise

The night was filled with some amazing presentations all around. Some very technical ones about data warehousing, optimisation algorithm for milk transport, and secondary spaces for groceries. From the sounds of it, data people love optimisation and linear algebra. However, it was Lizzie Harris’ presentation that floored me. What she said stayed with me, even long after I had already forgotten 90% of what transpired that week. One of them was this: your weakness is actually a strength.

In Ms Harris’ example, she discussed how she once possessed such unfiltered honesty that it would cause the recipients of said honesty to wither and die inside. OK she didn’t say that, but I know what it’s like to work with people like the former Ms. Harris. To double down, she would show little regard for their feelings, dismissing their hurt as trivial. Understandably this behaviour held her back until one day, along came a manager who saw these qualities as strength and began to cultivate them. The bluntness was honed into constructive criticism and her delivery improved. This led to her professional and personal growth. Such an uplifting message.

Public service announcement: There are few objectively positive aspects to possessing one or more of the dark triad of narcissism, Machiavellianism and psychopathy. But let’s also agree that this doesn’t apply to anything that can be found in the DSM-5.

Now, re-framing your weakness as a strength is a very personal and introspective exercise, so when you’re bored waiting for your soy latte at Costa’s, just think about whether your weakness really is a weakness.

For example, I knew software engineers who would often confess that they were exceedingly lazy. They would do the bare minimum required and spend the rest of that time doing things they actually cared about. They get away with it, because they have the ability to automate their work using code, so 5 hours worth of work can be done in 2. Is this truly laziness, or is this efficiency and ingenuity?

3. It is OK to be different

I mentioned I was close to tears during the video. I lied. I actually sobbed under the cover of darkness. The video showed several people in Sainsbury’s uniform: a transwoman, some people of colour, people of different sexual orientations, neuro-diverse individuals and differently abled folks, discussing how dehumanising it is to hide who you really are. What a relief it is to be able to be yourself and be accepted, and treated with respect. It was 100% relatable to me because I stood at the intersection.

Despite being fortified in privilege and relative good health I still endure the slings and arrows of outrageous fortune that wear away at my resilience and mental health. Being forced to stay in the closet and eschewing an online presence for safety reasons. Having to play a role to ensure that I do not make other people uncomfortable around me. All these things remind me day in and day out that I am not considered a human being.

So when an organisation like Sainsbury’s, who employ thousands of people across the country, have a culture of openness and acceptance, it liberates people and it is a reminder that society really is changing. We waste so much time playing a role and pretending to be something we are not just to avoid being ostracised, harassed or killed. Some people waste even more energy because they do not even have the privilege of concealment. This energy could be better spent creating, achieving and solving problems. But luckily for us all the world is changing, and it is OK to be different.

In conclusion, should we all go get Nectar cards, and buy a flat pack shed from Argos? That’s entirely your call. But for more surprising, uplifting and inspirational moments like these, do attend Women in Data UK Meet-ups. I’ll see you at the next one.

“Didn’t you know I was shy?!” – How a WiD overcame her biggest fear