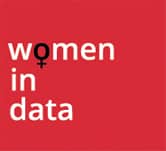 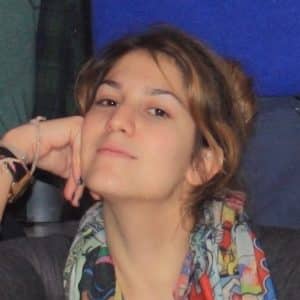 Part iii: Starting over yet again – my role at Kalido

Kalido is an AI-driven matching engine that continuously matches members of organizations, non-profits and universities to unmet demand. It has a social component, which would ordinarily leave me uninterested in  the platform; so far I have strived to stay away from Facebook and the likes, but Kalido has a different value proposition. While other platforms tend to isolate people by becoming a proxy to real world human relationships, Kalido actually facilitates live interactions between its users. This is achieved by creating or surfacing otherwise unseen opportunities for users to put their unique skills to use. So whether you are seeking a dance partner or a chess tutor, a dentist or an electrician, you should be able to find people in your proximity that match the requirements. Similarly, you can let people know that you are a data science magician and they can come to you with relevant questions, or even to start a group that gets together every Sunday at your neighbourhood cafe to discuss recent advancements in the field.

What’s more, data privacy is taken very seriously at Kalido. Users are made aware of how their data is stored and used, at all times, with their explicit consent. Since the company makes revenue from providing its platform for commercial use as a b2b service, it does not need to manipulate and sell user data to third parties. That way, the data shared within Kalido is only used anonymously by us -the ML team- to run crazy machine learning experiments that will make the Kalido experience better, faster and more fun for its users!

The Kalido ML team is brand new, barely six months old. It is a team of four and I was glad to find that it is balanced in every way. It consists of two ML-engineers and two data scientists (myself being one of them), one male and one female per job role. Belonging to a team where people have different ways of thinking and are proficient in different skills has already helped us in a multitude of ways. For starters, it has made us more conscious of the long-term implications of what we build (we do not want to create ‘monsters’ that are hard to maintain in the future), giving us the confidence to think big and attempt the more difficult tasks.  Having access to different points of view as to what can go wrong during a project allows our team to create contingency plans, making our work more robust. This way we are able to mitigate some of the stress that can arise in such situations, which leads to better work-life balance.

Being part of a diverse team also means that we can really learn from one another. Working with ML-engineers is always a great opportunity to polish best practices around software development and devops. These are skills that a data scientist would not necessarily have, but can prove useful for delivering ML projects end-to-end. And it is not necessary to stress how important working with other data scientists is, especially when there is so much to do. Indeed, working at a startup means that there are so many avenues to explore and I feel like I have been learning something new every day.

As a result, my time here has been busy and exciting so far. Although Kalido is still young and relatively small, it is already harnessing deep learning to fuel its engines. Its goal? To continuously match members of organisations, non-profits and universities to new or otherwise undiscovered opportunity. The learning curve has been steep, but if my experience has taught me one thing so far, that is to persevere. I am currently working on a deep learning NER implementation and am already looking forward to all the new projects that are waiting to be undertaken. Apart from the technical aspect, being invited to contribute to the conversations that shape the product and company values, even when I am not necessarily the loudest or most extroverted person in the room, has been really refreshing. Though I have not been here long, I already feel I am actively contributing towards the core product, the ML-powered matching engine, and am glad that my attitude towards privacy-led development and product ownership is shared by all of my peers.

Would I ever go back to biology? Perhaps I will end up exploiting ML for genetics sometime in the distant future, but for the time being I am where I wanted to be in the first place: in a position to use data-derived clues to formulate hypotheses and create novel solutions that have a tangible impact on people.

Survival guide for self-isolation – Part One